Patients who were scheduled to be tested for COVID-19 on Monday, June 1, 2020 will be rescheduled. You will be called at the number you provided for your reschedule date. Thank you for your patience. 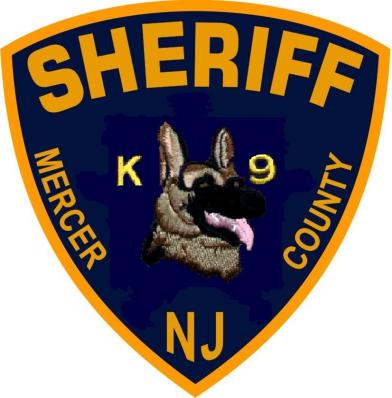 Established in 1993, the K-9 Unit of the Mercer County Sheriff's Office began with just two specially trained dogs. Since then, it has grown into an extensive law enforcement unit specializing in the pursuit of missing persons, criminal searches, explosive detection, tracking and much more. Today, Federal, State and local law enforcement, including Presidential security details and post-disaster recovery teams depend on the unit’s specialized services.

Having served in the K-9 Division of the Trenton Police Department early in his career, Sheriff Jack Kemler supports the significant role K-9 units can play in demanding and extraordinary law enforcement situations.

Explosive detection dogs respond to the needs of every law enforcement agency in Mercer County and the surrounding area for bomb threats and suspicious packages. The unit participates with the NJ Detect and Render Safe Task Force to assure homeland security and provide infrastructure security checks. The K-9 Unit plays a major role in protecting the terminal areas of the Trenton-Mercer Airport, mostly called on to search unattended luggage and suspicious packages. The unit also assists at large sports venues, transit stations, special events, and dignitary details. The K-9 Unit responds swiftly on requests for missing children and adults, Alzheimer's patients and the search for fugitives. The unit also responds to crimes and special situations including disturbances, street fights, public unrest, and building searches for dangerous suspects. K-9 teams generally average over 150 assignments per year.

Our K-9s and their trained specialties:

All requests for emergency K-9 services or demonstrations should be made to the Mercer County Sheriff’s Office at (609)-989-6111. 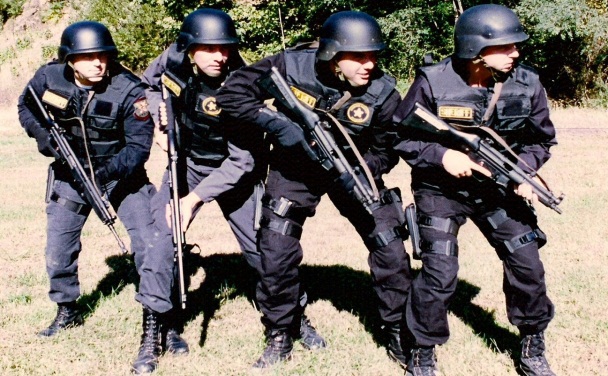 Since 1990, Mercer County’s S.E.R.T. team members are trained and equipped to handle almost any type of situation that falls outside of the day-to-day duties of uniformed sheriff’s officers. Known traditionally as the Sherriff’s Office “SWAT team”, their primary role is to execute high–risk arrest warrants, most often called on to enter unsafe or barricaded buildings. S.E.R.T. members are tactical firearm experts and are required to maintain the highest level of firearm qualification. Their duties may include extraordinary situations, such as confronting heavily armed criminals, active shooters, performing hostage negotiations and rescues in the County Courthouses or Airport, VIP protection, and high-risk trial security.

The Detective / Fugitive Unit is responsible for serving warrants issued by the Superior Court and the Probation Department. Warrants are issued for non-appearance, non-support, violation of probation and violation of any other judicial edict. The Sheriff's Office is responsible to make every attempt to apprehend the individuals on these warrants.

The Detective / Fugitive Unit is responsible for serving warrants issued by the Superior Court and the Probation Department. Warrants are issued for non-appearance, non-support, violation of probation and violation of any other judicial edict. The Sheriff's Office is responsible to make every attempt to apprehend the individuals on these warrants.

The Mercer County Sheriff's Office participates in the bi-annual "Deadbeat Dad" raids in conjunction with the New Jersey Sheriff's Association. Detectives dedicate their time on the non-support warrants in hopes of receiving cash purges for plaintiff's or getting wage garnishments implemented.

Members of the Detective /Fugitive Unit have many other responsibilities which include: