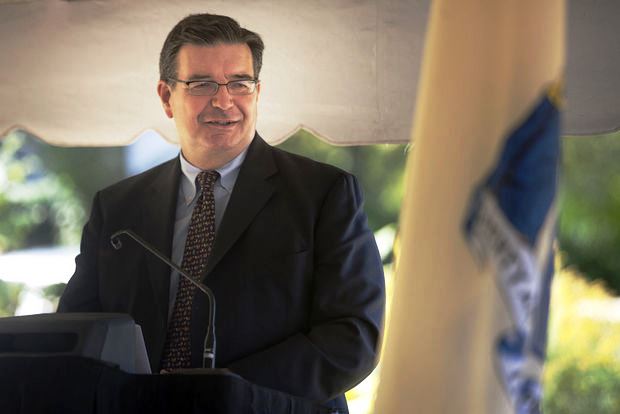 When Brian M. Hughes first took office as County Executive, he promised to do everything within his power to restore the citizens’ faith in their government, promising that his leadership would be synonymous with integrity. Since that time, the Hughes administration has been known for its efficiency, honesty and openness and a commitment to improving the quality of life in Mercer County.

Mercer County’s 376,000 proud residents have always had much to celebrate. From its historic treasures to its diverse communities and economic stability, Mercer County is where history meets prosperity.

A strong, diverse economy; a skilled, highly educated workforce; a prime location between two metropolitan areas and an excellent transportation infrastructure are some of the key factors giving the County stability and appeal.

Under Brian’s leadership, Mercer County has capitalized on its outstanding location through important economic development projects that have created significant job opportunities.  Since the Brian’s first days in office in 2004 to the present, the County has witnessed an increase of 10,800 new jobs.To better recognize these positive numbers, Area Development magazine’s ranking of “Leading Locations” places Mercer County as 20th among 365 Metropolitan Statistical Areas (MSA) from across the United States based on economic and job growth. Delving further into these numbers, Mercer County ranked fourth among the Top 50 Mid-Size Cities (and was the only MSA in New Jersey); third among the Top 20 Mid-Atlantic Cities; and third among the Top 25 Mid-Size Cities for Economic Strength.

Those rankings reaffirm what we already know – that Mercer County has a lot to offer employers, job seekers and residents.  Mercer County boasts of one of the most skilled work forces in the United States; is home to some of the leading Fortune 500 companies; five prestigious colleges and universities; and has an unemployment rate that is well below the national average.

Not only is Mercer County strong economically, it also features an impressive quality of life for its residents.  There is an abundance of recreation and entertainment offerings in our region. Under Brian’s leadership, more than 5,400 acres of open space and farmland have been preserved by Mercer County and its preservation partners. Twenty percent of the county land area is now preserved. In addition, our Park System, which hosts more than 2 million visitors each year, features numerous facilities for active and passive recreation, including athletic and recreational facilities, a newly renovated Boathouse banquet hall at Mercer County Park, and four golf courses for public use and private events.

Upon taking office in January 2004, County Executive Hughes was committed to building a strong economy; leveraging our many assets; and improving our quality of life for residents and visitors alike.  He continues to live up to that commitment, collaborating with partners statewide state to identify ways to continue moving Mercer County forward.