The 27-4 Spartans clinched their second State Championship in school history by defeating defending State Champion and perennial powerhouse Middletown South by a score of 6-2 at Kean University on June 11th of this year.

The Spartans, who are managed by Steinert Athletic Hall of Famer Jean Ruppert, were led on the field by a quartet of outstanding seniors in; Kaley Wise, Grace Sperrazza, Tyra Torres, and Tyler Valenza.

“2016 was a banner year for high school sports in Mercer County,” said Freeholder John A. Cimino.  “I can’t think of a better way to cap off the school year than by honoring our Group III State Champions.” 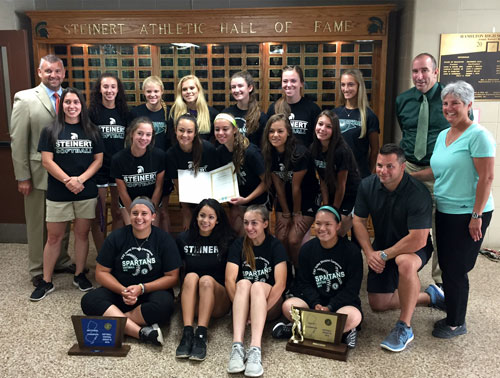