Patients who were scheduled to be tested for COVID-19 on Monday, June 1, 2020 will be rescheduled. You will be called at the number you provided for your reschedule date. Thank you for your patience.

The Sheriff's main office is located in the historic city of Trenton in the Civil Court House. This agency also maintains two other separate operations centers at the Criminal Court House and the Trenton-Mercer Airport. At the current time there are 150 sworn personnel and 75 civilian employees. 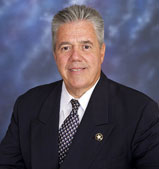 The following pages illustrate the many aspects of our Office, our accomplishments over the past years and re-affirms our pledge to you, the citizens of Mercer County to continue our tradition of dedicated, high quality law enforcement. We hope this website will answer any questions you may have about this office.

As Mercer County's Sheriff, John A. "Jack" Kemler brings with him a law enforcement background that spans three decades." In 1983, Kemler started his police career as a patrol officer working for the Trenton Police Department. His assignments included stints as a K-9 handler, narcotics officer and a detective in the Criminal Investigation Bureau. In 1998, he was promoted to Sergeant and was assigned to Criminal Investigation Bureau, where he supervised the Violent Crimes Squad.

Throughout his career, Jack Kemler has received numerous awards and accommodations, but is most proud of being selected the Trenton Kiwanis' Officer of the Year in 1990. This annual award is presented to the officer that most exemplifies professionalism and valor and is given by his and her fellow officers.

In December 2002, he was appointed Chief Sheriff Officer of the Mercer County Sheriff's Office. During his eight years at the Sheriff's Office, Kemler has also held the titles of Chief Warrant Officer and Undersheriff and has overseen all aspects of the Office.

Under Jack Kemler's leadership, the Mercer County Sheriff's Office continues its long-standing history of working closely with Federal, State and local law enforcement agencies to keep our communities safe. The Sheriff's Office maintains its charge to serve warrants, on behalf of the courts and to apprehend fugitives with swiftness and efficiency. The Sheriff's Fugitive Unit maintains a strong working relationship with the United States Marshal's New York / New Jersey Regional Fugitive Task Force and the Mercer County Prosecutor's Office. Highly skilled Fugitive Unit officers are also assigned to the Special Investigations Unit (SIU) as well as the Homicide Task Force, both under the direct supervision of the Mercer County Prosecutor's Office. Sheriff's Officers are also assigned to assist the Trenton Police Department's Warrant Taskforce. Additionally, Command Officers under the purview of Sheriff Kemler participate in weekly briefings that coordinate Federal, State and local responses to criminal activity in the greater Trenton area.

Lastly, under Sheriff Kemler's direction, the Mercer County Sheriff's Office has experienced overwhelming support from the media and the public for the revival of "Mercer's Most Wanted" - to apprehend fugitives who roam our streets.