Mercer County was first populated by the Lenape Indians. It is said that the story of their migration from Asia, as interpreted by a 19th century botanist and adventurer, Constantine Samuel Rafinesque is related in a book called the Walam Olum. Translated to mean “Red Score,” (since the ‘original’ was written in red on pure white birch bark), this fascinating document has been controversial since first introduced to the public in the 1830s. Whether an actual artifact, a genuine attempt to transcribe the Lenape’s oral history, or simply a fabrication may never be determined, still, the Walam Olum has been instrumental in attracting attention to the real stories and tradition of the Lenape peoples. 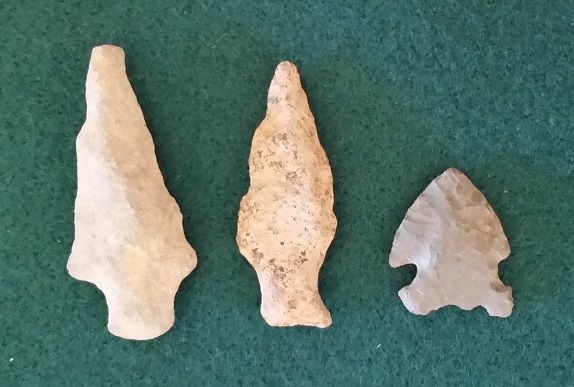 According to the Walam Olum, the Great Walomenap, seventy-seventh king of his line, led his tribe to Trenton, which was "as close as was practical to the Atlantic Ocean," thus fulfilling an ancient prophecy. The Lenape, themselves, believe that they had inhabited all of New Jersey and parts of surrounding states for at least 10,000 years prior to the arrival of Europeans.

Trenton was a revered place for the Lenape. Records suggest that "Hallow Man" (the name given to Walomenap after his discovery of Trenton’s Falls on the Delaware) and his followers were the first Indians to reach the east coast. The village they established on the bluff of Trenton was the first known Indian settlement near the Atlantic Ocean. The height of the bluff protected them from enemies and enabled them to see far distances. The ground was dry and sandy, perfect for planting, and there was an endless source of pure, cold spring water.

Early Europeans referred to the Lenape as the “Delaware” Indians. Tradition has it that this came from an English exploring party sent in 1610 from Jamestown, Virginia, on a mission by their Governor, Lord de la Warr. When their interpreter asked the Lenape for their name, they replied in their native language, N-del-la-wowe, meaning "the Original People." The English were flabbergasted that the Indians knew the name of their Governor, and called both the Indians and the river "Delaware" in honor of the man who, as the story goes, never saw the Indians or the river.