THE BATTLE OF PRINCETON 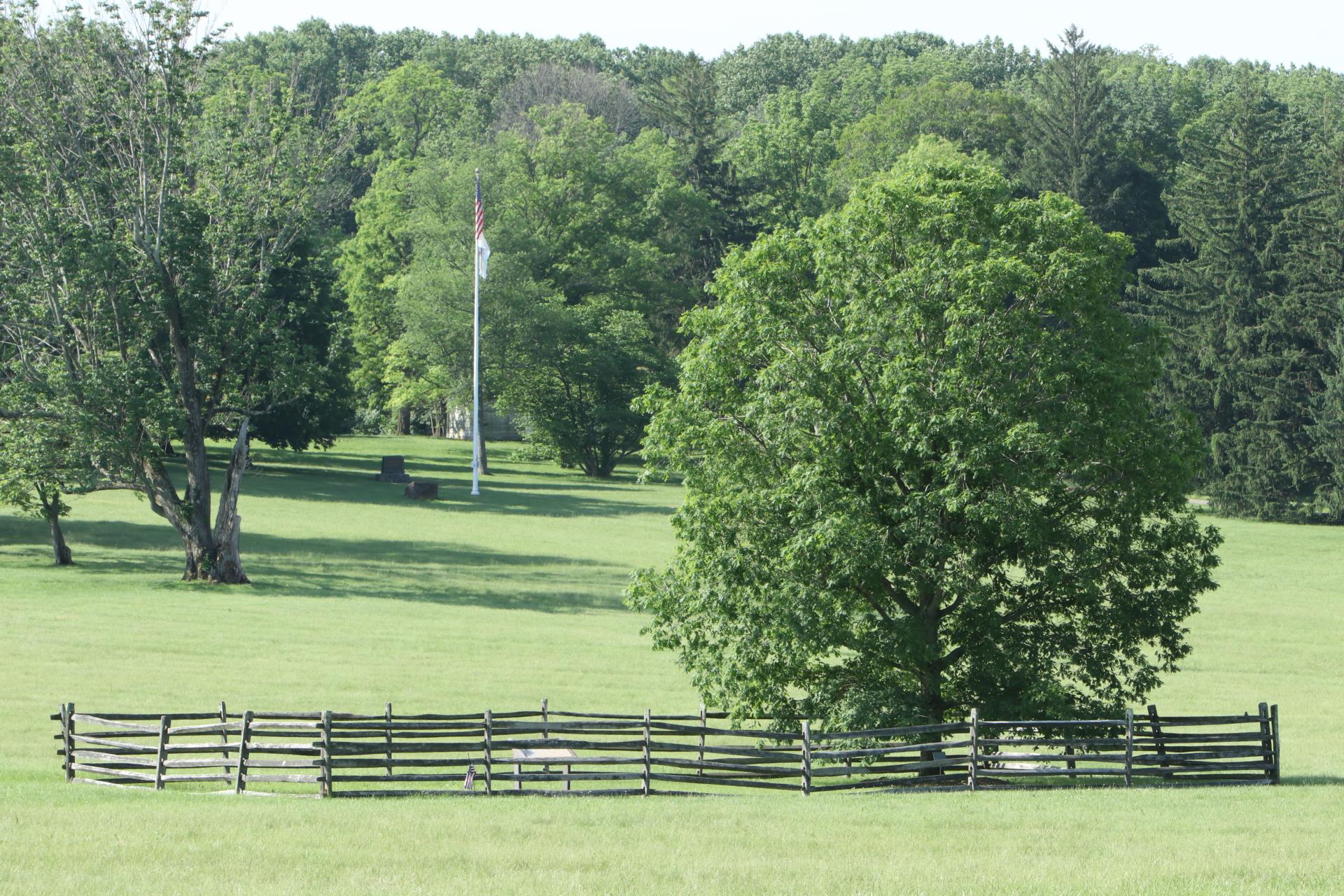 this time crossing solid ice. Cornwallis had left Princeton on the morning of January 2, and had sent his three regiments and a company of cavalry to Trenton. Washington had sent Generals Hand and Green to harass the British troops and to try to delay their arrival in Trenton.

The combination of the American harassment plus the mud which had deepened as the weather had warmed, did slow the British. However, they did eventually arrive in Trenton, and when they did, Washington and his troops retreated, crossing the Broad Street Bridge over the Assunpink, where most of their fellow troops were entrenched on the hill. The British attacked the bridge three times, but three times they were repelled by musket fire. The fighting raged until darkness came, and it was then that Cornwallis uttered his famous line: "We'll bag the fox in the morning." In the morning, Washington, the fox, had hastily gone to Princeton, leaving behind men, bonfires, and wooden cannons as decoys. When the British finally located the Americans, they fought at what is known today as the Battlefield Park, and they clashed around Nassau Hall. Washington and his troops gained another victory in Princeton, and then went to Morristown for the winter. Behind them they left thirty dead or wounded Americans, including General Hugh Mercer, who died in the Thomas Clarke House on the Princeton Battlefield.

The story of Mercer County's involvement in the American Revolution is vast and amazing. Before its official dedication as a county, Mercer had already become the focal point of the most important events to take place in the American New World. Through the battles that took place on Mercer soil, to the many men and women who meant so much to American history, this region has been the center of change. The continuing saga of Mercer County after the revolution grows on this theme of epic change. But never to be forgotten is the role that Mercer County played in forming a country that President Abraham Lincoln called, "the last, best hope for mankind."

If you wish to learn more about the American Revolution, please visit the websites below, or feel free to visit your local Mercer County Library.

THE BATTLE OF TRENTON 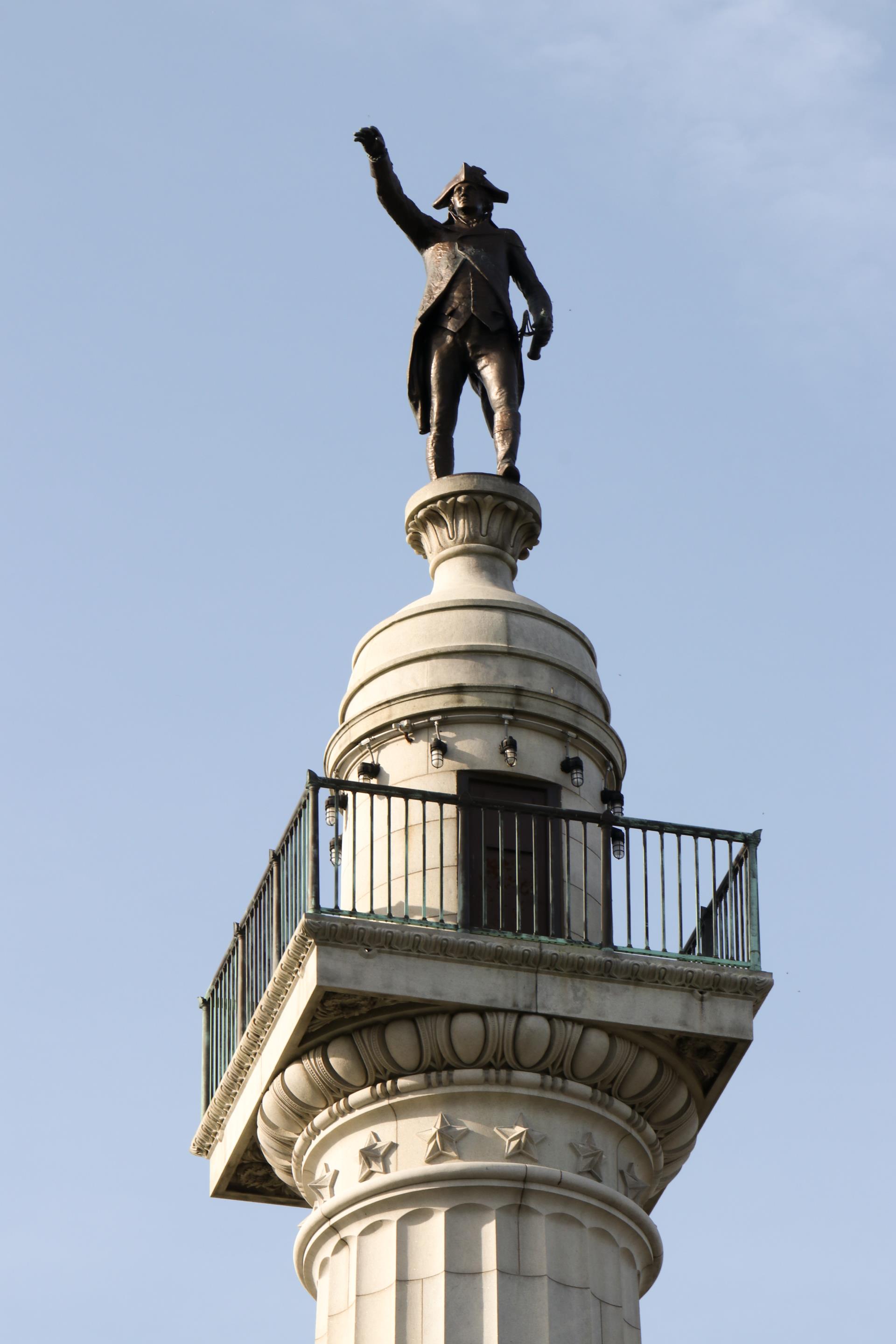 ragged army he led. It was the first time during the war that the disheveled American Army demonstrated that they were a force to be feared.

The Battle of Trenton began on Christmas Day, December 1776, when General Washington's army was in a pitiful condition, and was steadily growing weaker. Troops were deserting, it was bitter cold and they lacked food, shoes and blankets. British and Hessian troops were swarming over Princeton, Trenton, Hopewell and Lawrenceville. John Hart, Richard Stockton and John Witherspoon had all fled and gone into hiding.

It was under these conditions that Washington made his famous crossing. He had heard from a scout that the Hessians, overcome by the holiday spirit, were spending the evening relaxing and enjoying food and wine. Washington decided to cross at night and surprise them in the morning. So while the Hessians were enjoying their wine and song, the Continental Army was preparing to attack. The army silently advanced from Bucks County in Pennsylvania to the Delaware River. They crossed the icy Delaware to McConkey's Ferry eight miles north of Trenton. There, in Ewing Township, Washington divided his army, and nine hours later they met; 2400 men gathered around Washington to hear the order for an assault on Trenton.

The Hessians were sleeping when word arrived at 8:00 a.m. that the Americans had entered the City. Minutes later, Hessian troops had gathered in the streets, and Washington's army attacked - killing five Hessian officers, one non-commissioned officer, and sixteen privates. There were 918 prisoners taken to Newtown, Pennsylvania. Of the American losses, two soldiers supposedly froze to death, one or two American privates were wounded, and three officers were wounded, including James Monroe, who would survive to become the fifth President of the United States.