Mercer County has an extremely rich colonial history. It has been suggested, however, that the County's rich history did not begin with the outbreak of the Revolutionary War, but began with the decision by a group of trustees to move their college out of Newark. That college was the College of New Jersey (now Princeton University, and the year was 1754.

The trustees of the College of New Jersey offered to move to New Brunswick, upon the condition that the people raise 1,000 pounds (roughly $1,400 today), give them ten acres in town and two hundred acres of woodland within three miles of town. However, the people of New Brunswick hesitated too long. Meanwhile the people of Princeton made them an offer. Two years later work began on Nassau Hall, and the building, described as "the largest stone building in the colonies" was completed in 1756. After the college arrived, Mercer County's history began to change. 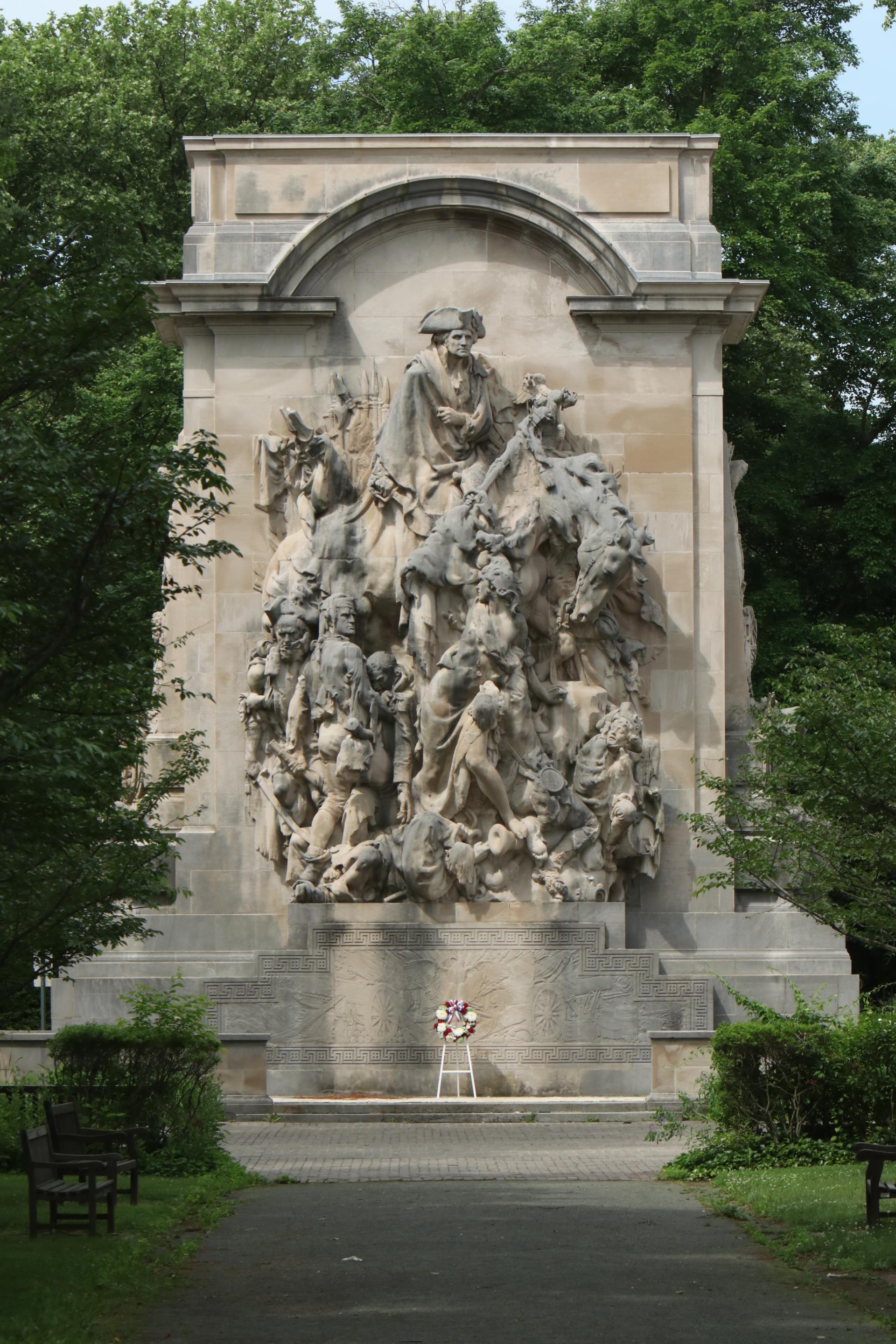 The College of New Jersey "became the center of intense anti-British feeling." Two residents, the Reverend John Witherspoon and Princeton lawyer Richard Stockton, shouted for revolution. Princeton was also on the stagecoach route, so all the news traveling from Philadelphia to New York, and vice-versa, stopped in Princeton en route. The students were adamantly opposed to British rule.

In 1765, Princeton students arrived at graduation wearing clothes made in America, as a demonstration against the stamp act. In 1770, New York merchants decided to violate the non-importation resolution and sent a letter to Philadelphia, hoping to persuade the merchants there to do the same. When the letter arrived in Princeton, during a stopover, the students intercepted it and burned it. The incident was reported in the New York Gazette of 16 July 1770: the students "fired with a just indignation on reading the infamous letter...at the tolling of the college bell, went in procession to a place fronting the college, and burnt the letter by the hands of a hangman, hired for the purpose, with hearty wishes, that the names of all promoters of such a daring breach of faith, may be blasted in the eyes of every lover of liberty, and their names handed down to posterity as betrayers of their Country."

In 1774, when the news of the Boston Tea Party reached Princeton, the students burned tea on campus. And when the news that the Declaration of Independence was officially accepted, the university had a celebration. On July 9, 1776, "Nassau Hall was brilliantly illuminated, independence was proclaimed under a triple volley of musketry, and universal acclimation for the prosperity of the United States, with the greatest decorum."

Many battles of the Revolution were fought in Mercer County, including the monumental battles of Princeton and Trenton. Three signers of the Declaration of Independence were from this county; John Hart of Hopewell, and Richard Stockton and John Witherspoon of Princeton. The first state legislature met in Nassau Hall, in August 1776. It was in Princeton that the news of the signing of the peace treaty was first received and was there that General George Washington received the official thanks of the nation.

Princeton and Trenton were not the only parts of the County to be involved in the Revolutionary War. John Hart, who was a member of the Provincial Congress, a Vice President of the New Jersey Congress, and one of the signers of the Declaration of Independence, was born in Hopewell, and was baptized at the Lawrenceville Presbyterian Church. Lord Cornwallis and a detachment of British soldiers were quartered in Lawrenceville in 1776. In Hightstown, the Old York Road became a main artery for both Continental and British troops, and Alexander Hamilton and Marquis de Lafayette were both stationed there. Pennington was occupied by British and Hessian troops, and Lord Cornwallis rested his troops there after Washington's retreat through New Jersey.

In fact, America's victory in the Revolution truly began in Mercer County when General George Washington crossed the Delaware on Johnson's Ferry and landed in Hopewell Township on Christmas 1776. When they landed, General Washington made a monumental decision which greatly determined the victory at the Battle of Trenton. At the crossroads of West Upper Ferry Road and Bear Tavern Road, Washington divided his army in two. The two groups were to take separate roads and meet again in Trenton. This spot was known as Birmingham, which today is West Trenton, located in Ewing Township.