Mercer County, New Jersey- Official County seal depicts a recognizable image of the golden domed New Jersey State House surrounded by residential homes as well as stretching business towers. In the foreground of the seal is the Mercer Oak Tree. The seal is yellow and dark green. 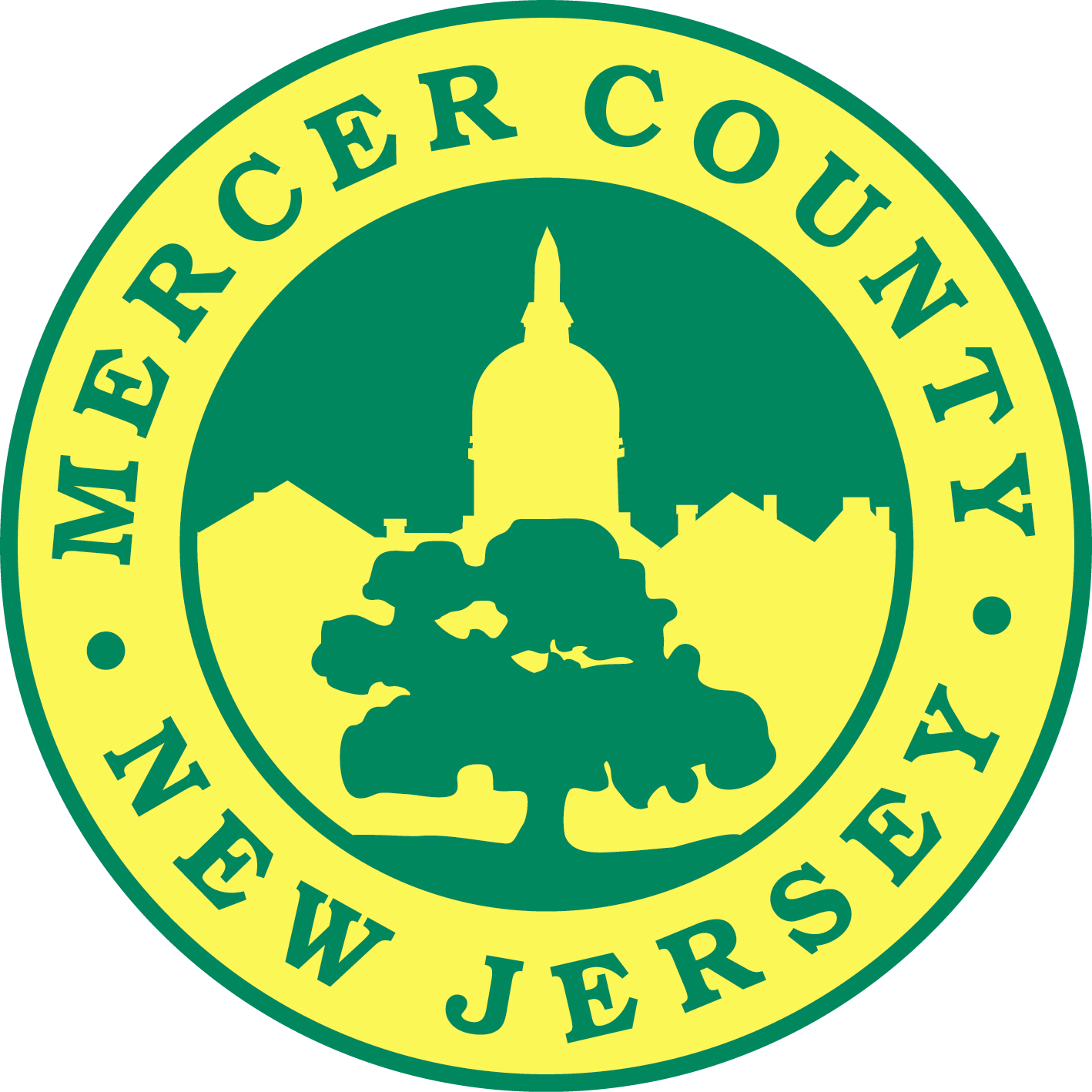 The Mercer County seal has symbols that are important to and representative of the towns and people within the county borders.

The buildings surrounding the image of the state house represent Mercer County as a sought out residential area where many people work, live, and build families, as well as an attractive location for commerce and business development.

The Mercer Oak is a great symbol of the history of Mercer County, named after Hugh Mercer, a brigadier general in the Continental Army during the American Revolution. During the Battle of Princeton, Mercer was stabbed by an English soldier's bayonet. According to legend, he was unwilling to abandon his troops, and rested on the tree's trunk while they stood their ground. After the battle, Mercer was taken to the Clarke House where he died from his injuries nine days later.

This historical landmark was a large white oak tree that stood in Princeton Battlefield State Park in Princeton, New Jersey. The tree was about 300 years old when it was torn by strong winds in March 2000. It remains the emblem of Princeton and appears on the seal of the municipality as well as the Mercer County seal.