As of Wednesday, Feb. 26, there are no known Coronavirus (COVID-19) cases reported in Mercer County. For more information: http://www.mercercounty.org/departments/division-of-public-health/coronavirus-disease-2019-covid-19-outbreak

The Rogers House was listed on the State and National Register of Historic Places in 1976; it is significant as a good example of the 18th century pattern brick architecture. The structure was deeded to Mercer County in 1970 when the lands around the house became Mercer County Park.

Based on park planning and programming location, the County preserved the historic brick walls as an “open-air” constructed ruin adapted for interpretation. Three walls were stabilized to preserve the historic brick of the house and integrate the structure into the Park’s programming. The renovated Rogers House site includes adjacent landscape with porous paved walking paths, vehicle access roads, parking and outdoor interpretive signage.

The interpretive signage tells the story of the Rogers’ farmstead and house within the local and regional history of the area. The renovated site will serve as a public gathering space and a point of interest along the walking paths and trails. This will ensure that this valuable historic resource is available to the public for generations to come. 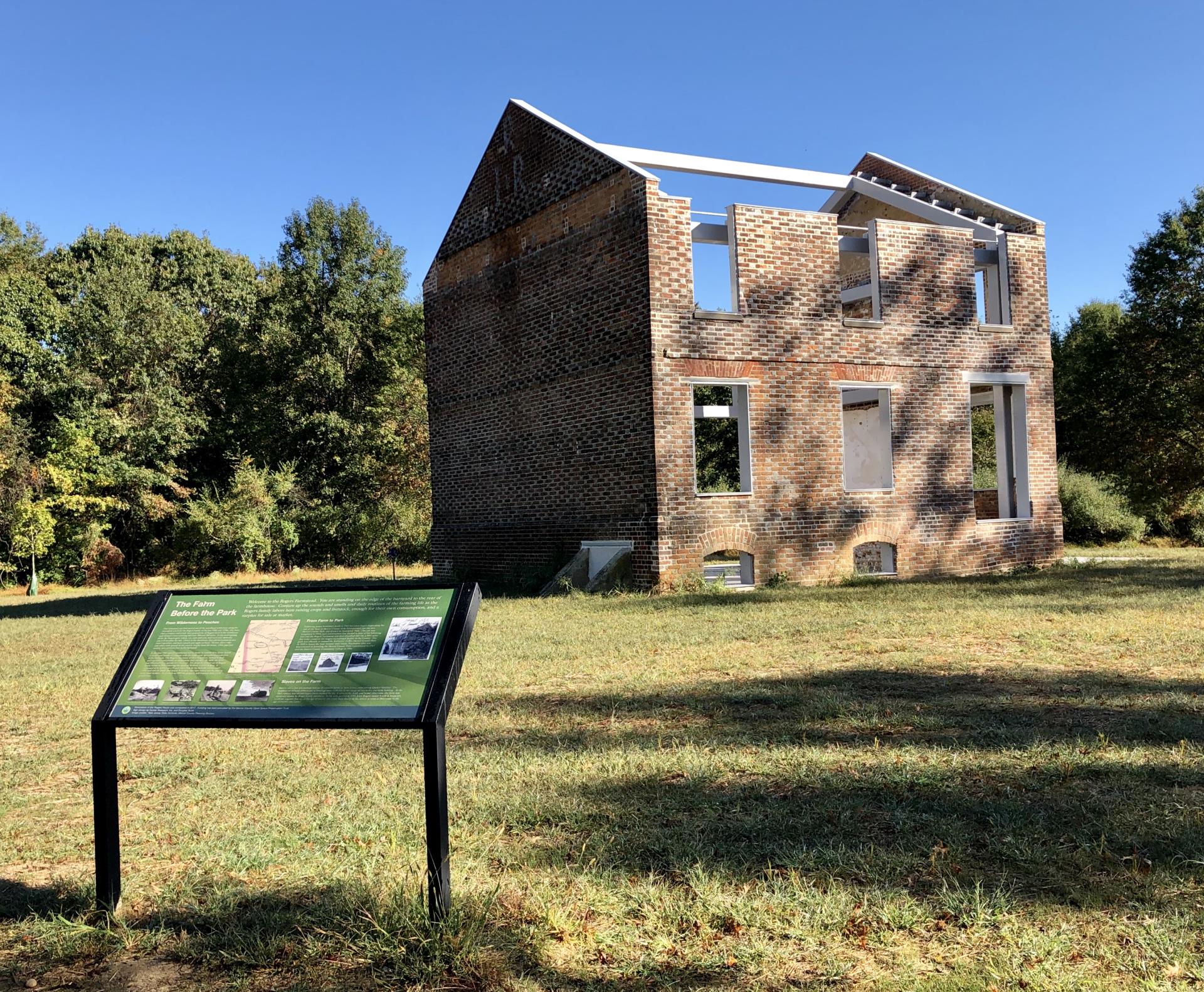 Mercer County has preserved the historic brick walls of the Rogers House as an “open-air” constructed ruin adapted for interpretation.