HOPEWELL TOWNSHIP — Schoolchildren and other visitors will find something new at Howell Living History Farm this fall, when the recently renovated John Phillips House opens for programs in open-hearth cooking, gristmill interpretation and life in the days when oxen plowed the fields of Pleasant Valley.

County Executive Brian M. Hughes and the Mercer County Park Commission announced the opening of the John Phillips House kitchen at a ribbon-cutting ceremony Oct. 9. The new programming is part of the Mercer County Park Commission's expansion of Howell Farm to include the story of its earlier history, a late 18th century house built by the John Phillips family, who settled the land in the 1730s. The house was the residence of Henry Phillips, a veteran of the American Revolution, having served the First Hunterdon County militia regiment as a captain and then as a major.

The house is one of several properties that form the Pleasant Valley Rural Historic District, which was listed on the National Register of Historic Places in 1992. In addition to Howell Living History Farm, the district includes a schoolhouse, blacksmith house, cemetery and several archaeological sites including a gristmill, two sawmills and the Phillips family's circa 1735 house.

“Howell Farm is a unique piece of the County and provides children with a new learning experience,” Mr. Hughes said. “As most of us rely on technology, the skills and practices that Howell Farm demonstrates are not necessarily familiar to people today.”

Renovation of the John Phillips House kitchen, which was done to an addition built by a former private owner, will enable Howell Farm's education staff to conduct cooking and other programs in older sections of the house, including one with a circa 1785 open hearth and kitchen. Students from area schools have already participated in pilot programs that include hands-on cooking experiences in a 1790, 1890 and 1990 farmhouse.

“The history that Howell Farm has preserved teaches us how people once lived off the land,” said Park Commission Executive Director Aaron T. Watson. “With this exciting addition to the farm, the Park Commission will be able to give visitors new perspectives on the history we share and how we can use it to understand and shape the world we live in today.”

Howell Farm is owned by the County of Mercer and operated by the Mercer County Park Commission. It is located on Valley Road, just off Route 29, seven miles north of Washington Crossing. The GPS address is 70 Woodens Lane, Hopewell Township, NJ 08530. 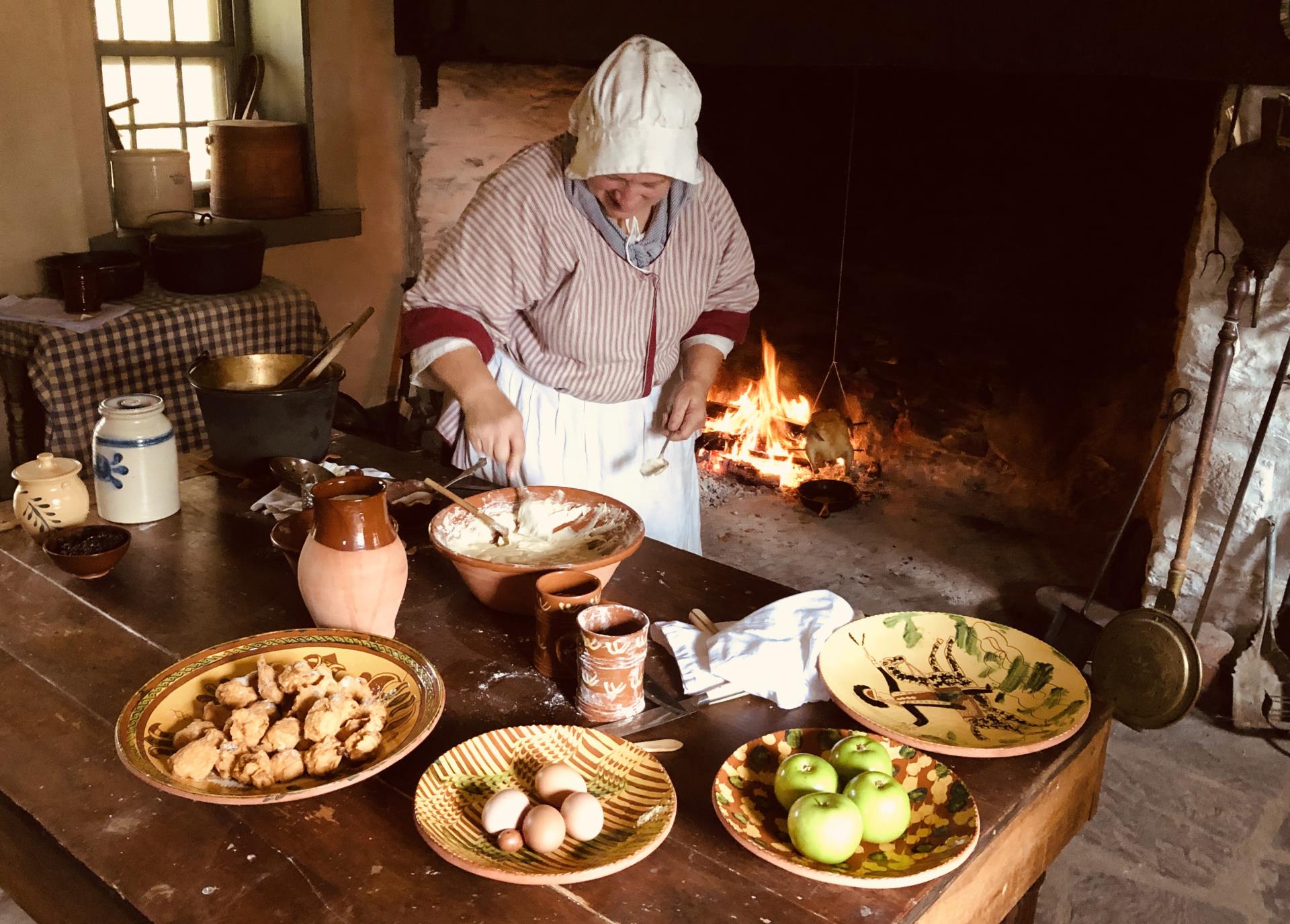 A demonstration of late 18th century cooking in the John Phillips House kitchen.