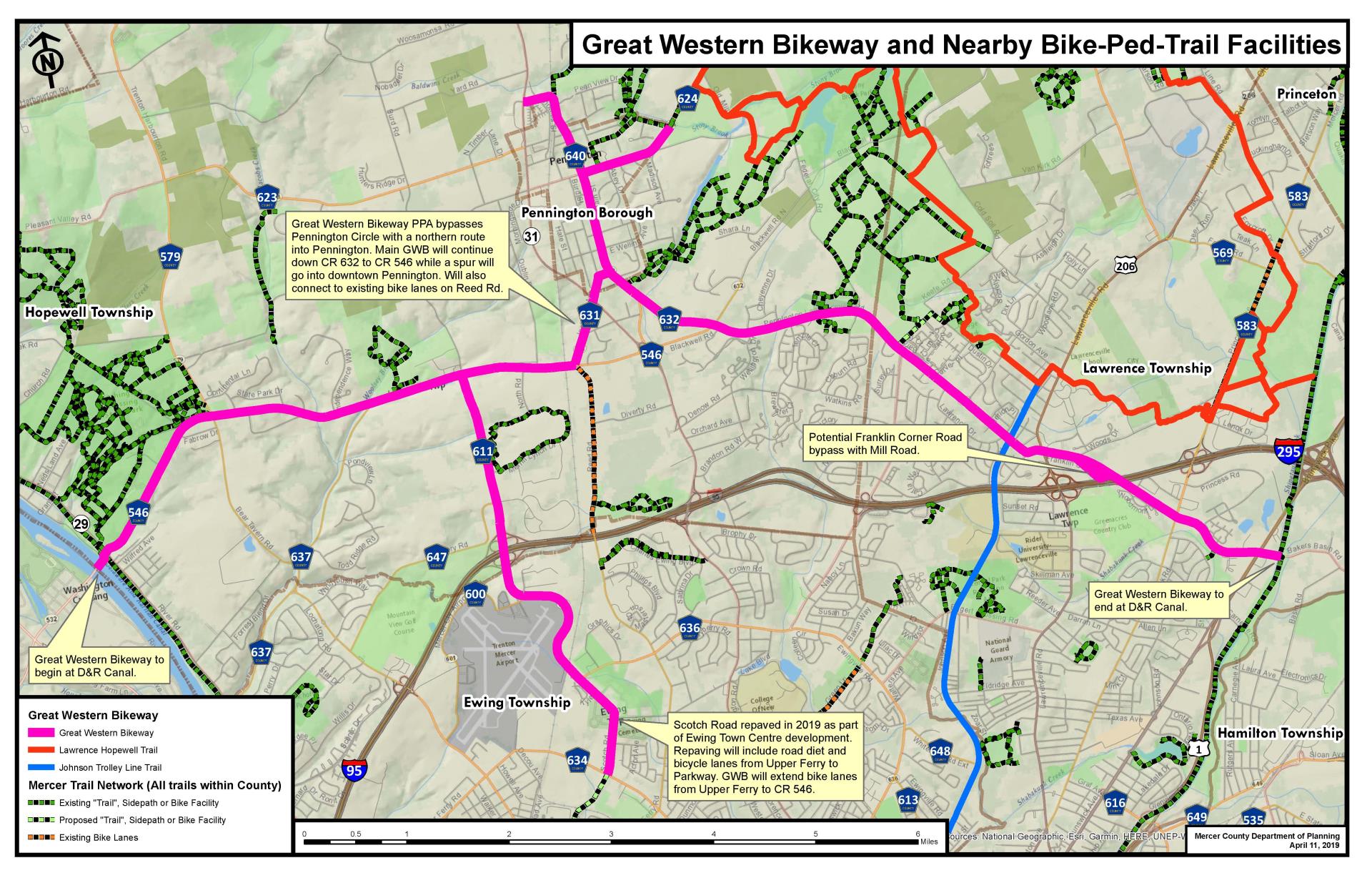 TRENTON—A transportation project is in the works that will make it easier for people to navigate the western part of Mercer County on two wheels, County Executive Brian M. Hughes announced.

The County has received a $2,365,900 federal Regional Transportation Alternatives Program grant through the New Jersey Department of Transportation (NJDOT) for design and construction of the Mercer County Great Western Bikeway, a bicycle route along County Route 546 — variously known as Washington Crossing-Pennington Road, Pennington-Lawrenceville Road and Franklin Corner Road — and several of its approaches that seeks to maximize connectivity to the existing trail and bike network in the County.

“This project will provide bicycle access to many neighborhoods and recreational facilities in Ewing, Hopewell Township, Pennington and Lawrence,” Mr. Hughes said. “We’ve seen the creation of numerous walking and biking trails in Mercer County, such as the immensely popular Lawrence-Hopewell Trail, and this bikeway will further expand people’s ability to forgo their cars and safely get around.”

The next step will be authorization of a contract for the design phase of the project. Detailed final construction costs will be identified during the design process and NJDOT will allocate additional funds, if necessary.